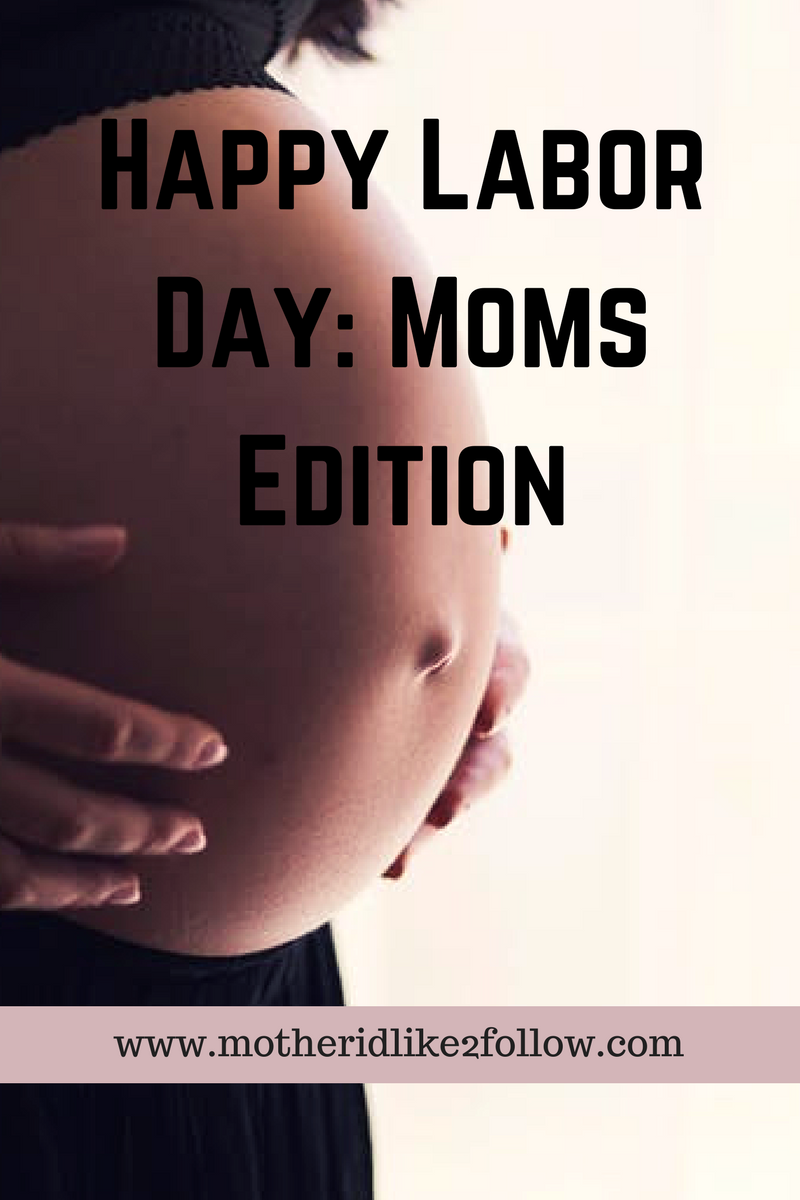 Today is Labor Day, a holiday dedicated to the social and economic achievements of American workers. Every year, on the first Monday of September, we are given the day off to celebrate however we choose. Most of the time you can find people sitting out by the pool enjoying the last few weeks of summer, barbecuing with friends and family, or shopping the amazing Labor Day deals.

Call me crazy, but for some reason I can’t help but relate the word Labor Day, to the days I went into labor with my children. Must be a mom thing, but labor takes on a whole new meaning when you become a mom. It no longer reminds me of barbecues, pool days and shopping; but rather, two of the most painful, yet most rewarding days of my life. So, I’m celebrating today by sharing both my Labor Days. The one that brought my daughter Autumn into the world & the one that brought my son Roman into the world. Plus, I don’t think I would be an official mom blogger if I didn’t share this with you guys, right?

Q: What did you do to prepare for your Labor Day?

Autumn: Nothing really. I read What to Expect When Expecting, haha. I think every expectant mom reads that book.

Roman: I was so over being pregnant. I was huge, uncomfortable and wanted him out! I tried Eggplant Parmesan that’s supposed to induce labor (didn’t work & it was nasty) and I walked a lot the day before I went into labor.

Q: When did your Labor Day begin and how did you find out you were in labor?

Autumn: Labor for me began November 3rd early morning. I woke up with what I thought were Braxton Hicks. I told my mom & she started timing them to see how far apart they were. They were irregular, but after a few hours they still weren’t going away so we decided to call my doctor. She told us to come in and once we got there, I found out I was 3 cm dilated. Unfortunately, I couldn’t be admitted into the hospital until I was at least 4 cm to 5 cm, so she advised that I take a walk and be as active as I could to speed up labor. We called my dad, took my little sister out of school & went to Bahama Breeze for lunch. I was in so much pain that I couldn’t even eat. After that we went to Target to buy a breast pump (professional procrastinator) & I was in so much pain that I was laying on the floor, barely able to move, while my dad googled reviews for the best breast pump. We finally left Target and went back to my doctor, who then told me I was 5 cm dilated. We rushed to the hospital, but since I did not take my hospital tour (procrastination again) we had no idea where to park. My mom was driving around in circles trying to find the right parking deck & I was in the passenger seat kicking the dashboard. We finally found parking, but because we hadn’t prepared, I had a TON of paperwork to fill out. I swear I had never signed my name so many times in my life.

Roman: Labor with Roman began March 27th around 5:00 am. I remember getting up in excruciating pain (with Roman, I was so big that I barely slept because I could never get comfortable). I got up and started pacing around my room to time my contractions. They were far apart so I figured it was just Braxton Hicks & nothing to be concerned about. Around 6:30ish, the kids’ dad woke up to get ready for work & asked me if I was okay because at this point I was laying on the bathroom floor. I told him I was fine & assured him I would call him later if it was the real deal. Everyone was really concerned during my pregnancy with Roman because I had a pre-term labor scare at 7 months & had to be hospitalized for a couple days. Anyways, he left & I tried to lay back down but I was in so much pain. I called my mom and she rushed to my house and took me to the hospital (thankfully she knew where to park this time). They checked me & I was only dilated at 2 cm, but I swear those contractions were worse than my contractions with Autumn. They sent us home & told me I could come back once my contractions got closer together since they were still irregular. I went to my mom’s house to try & sleep but the contractions were SO BAD they were making me throw up and I couldn’t get any sleep at all. They finally started to get closer together so we went back to the hospital around noon. I was 4 cm and finally able to be admitted!

Q: Did you have an epidural or drug free birth?

I have a high tolerance for pain (or so I thought), but labor pain is no joke. I got the epidural for both of my kids!

Q: Who was in the room with you during labor? How did they help?

Autumn: Just my mom. She was there by my side my whole pregnancy & helped coach me through everything.  She prayed over Autumn when she was born & it was the most amazing thing ever.

Roman: My mom & the kids’ dad. My mom was there with me through my whole pregnancy, her support meant & still means the world to me. She prayed over Roman as well, which was such a blessing. The kids’ dad was thankfully able to witness Roman’s birth, he was away at college for Autumn’s, so he, unfortunately, missed it. But him being there for Roman’s was a wonderful experience for both of us.

Q: How long did you push?

Autumn: I pushed for about 1 hour with Autumn. At the time, it seemed way longer!

Roman: I pushed for 30 minutes, but it seemed way shorter!

Q: What did you like about your Labor Day experience?

Autumn: I loved it. It was my first one and something I will cherish for the rest of my life. I was so young (only 18 years old), but that day changed my whole outlook on life. That was my entrance into motherhood and I will always hold a special place in my heart.

Roman: I loved the atmosphere. There was so much anticipation for the birth of Roman because he was the first boy born in our family after 27 years! I was surrounded by so much family and love, it was amazing to have so much support.

Q: What surprised you the most about your labor?

Autumn: How long the needle for the epidural was! I was more scared of that needle than I was of the actual birth.

Roman:  I only had contractions in my back during my labor with Autumn, so I was expecting the same the second time around. Nope. I had contractions with Roman in my back, side, stomach, neck, feet, toes, arms… literally, everything hurt!

Q: What do you remember most about your Labor Day?

Seeing my children for the first time and getting that skin to skin contact. It was as if time stopped, nothing else mattered but that precious moment with me and my babies. It was such a magical moment. Also for Roman’s, seeing Autumn hold her brother for the first time was breathtaking.

Q: Would you change anything about your Labor Day?

I would have tried to go longer without the epidural for both of my kids. But specifically, for Autumn, I wish I would have taken more pictures.

Q: How was your recovery after labor?

Autumn: Fast! I snapped back within a week and I didn’t bleed long at all!

Q: What advice would you give mothers who are about to experience their first Labor Day?

Soak up every minute, enjoy the experience, and don’t stress about the specifics… I know it’s easier said than done, but I promise you nothing else will matter once you see your baby for the first time.

I would love to hear about your Labor Day(s)! Share something about your special day in the comments.